The Linear A Inscription from Arkalochori

There are hundreds of bronze double-axes, 25 golden ones and 7 silver, all from the Cave of Arkalochori. One of these double-axes made of silver, which is now in the Archaeological Museum of Heraklion (AR Zf 2), has 4 signs in Minoan Linear A.

The Minoan inscriptions from Arkalochori were studied by Nikolaos Boufidis, shortly following the decipherment of Linear B, by Michael Ventris in 1952, and can tentatively be read as I-DA-MA-TE when compared to the phonetic sound values of Mycenaean Linear B as a working hypothesis.

A related inscription has now also been found on a stone vase from the Peak Sanctuary at “Aghios Georgios sto Vouno” above the Minoan settlement/harbour of Kastri on the island of Kythera, and in visual contact with Crete, which can tentatively be read as DA-MA-TE (KY Za 2), which would appear to be another reference to the Mother Goddess of Minoan Crete. This object from Kythera is very similar to the inscribed ladle from Troulos at Archanes (TL Za 1).

The Mother Goddess of Minoan Crete continued receiving offerings even after the cave roof collapsed over the entrance which was facing South. The hill has been occupied since Neolithic times, and has continued to be throughout the Minoan, Greek, Roman and Hellenistic periods etc., until today, as a place of both inhabitation and worship. 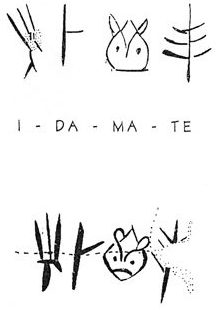 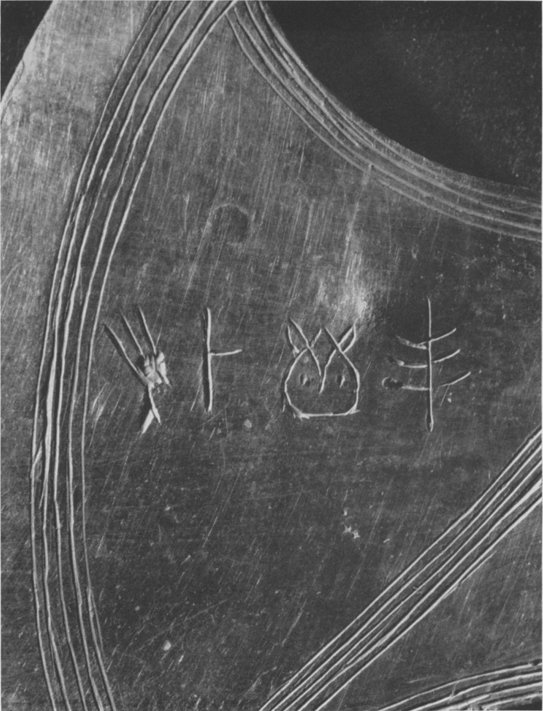 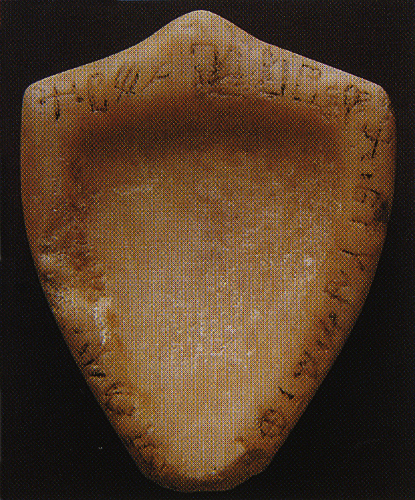 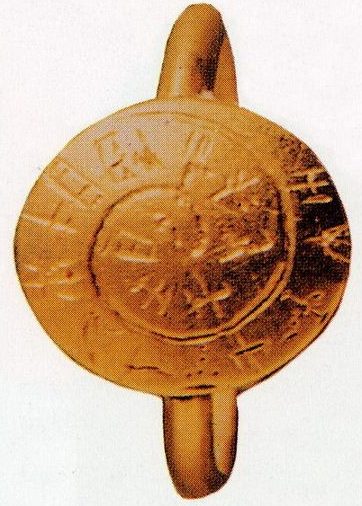