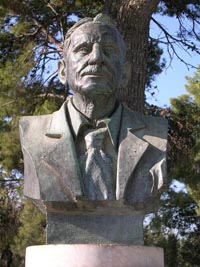 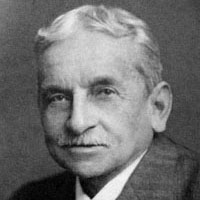 Arthur Evans, British scholar, archaeologist and journalist, from Oxford, where he worked both in the University and the Ashmolean Museum, came to Crete at the end of the nineteenth century in his search for inscriptions from the Greek Bronze Age. He subsequently bought, excavated and restored the monumental Palace of Minos at Knossos over the next 30 years where he lived at the Villa Ariadne. He published the numerous and rich finds in “Palace of Minos” I-IV Volumes, 1921-1935 and the inscriptions in Scripta Minoa I-II Volumes, 1909 and 1952, edited by John Myres. He visited Knossos for the last time in 1935 when he was made an honorary citizen of the Municipality of Heraklion. In 1936 he gave a public lecture in London about Minoan Crete, including the un-deciphered scripts. This was heard by a 14 year old schoolboy, Michael Ventris, who was later to decipher Linear B. Arthur Evans died in Oxford in 1941, the same year as the epic battle of Crete. 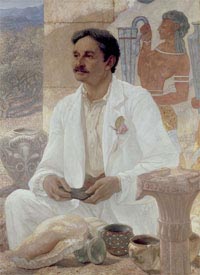 Architect, Decipherer of Linear B 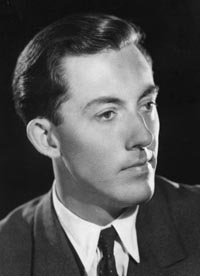 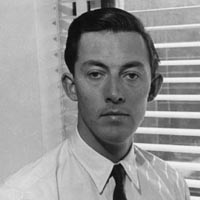 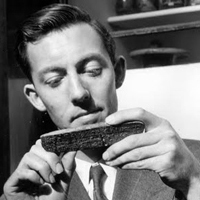 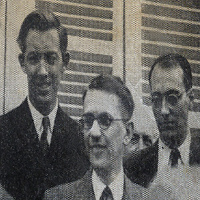 Michael Ventris deciphered Linear B as recording Mycenaean Greek on 1st June 1952 and soon announced his discovery on the BBC. This was heard by a young philologist in Oxford, John Chadwick, an expert in early Greek dialects and with a background in code-breaking. Thus was born a partnership and friendship that was to last four years until the untimely death of Michael Ventris. Together they published the academic article explaining the achievement of the decipherment and its results as “Evidence for Greek Dialect in the Mycenaean Archives” in the Journal of Hellenic Studies 73, 1953, 84-103 and the monumental reference work “Documents in Mycenaean Greek: 300 Selected Tablets from Knosos, Pylos and Mycenae”, Cambridge University Press, 1956, which is still the standard reference work for the field of Mycenaean studies, established by Michael Ventris more than half a century ago. 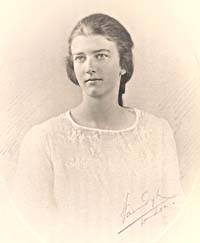 “Nestor” of Linear B for half a century 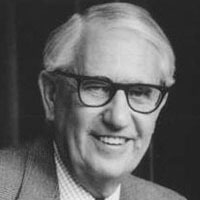 John Chadwick, philologist, was the “Nestor” of Mycenology for half a century. After code-breaking in the Second World War and researching pre-Homeric early Greek dialects, he was in a perfect position to understand and appreciate the decipherment of Linear B by Michael Ventris. He offered his assistance as a “mere philologist” and together they subsequently produced the definitive academic article and standard reference work, in 1953 and 1956 respectively. John Chadwick subsequently devoted more than 40 years to the subject and published a series of books: The Decipherment of Linear B, 2nd ed. 1960; The Mycenaean World, 1976; and Linear B and Related Scripts, 1987. These have been translated into many languages, including Modern Greek and Japanese, both of which John Chadwick knew. John Chadwick also trained and encouraged two generations of Mycenaean scholars.

Linguist and Teacher, Introduction to Linear B 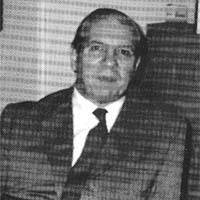 James Hooker, linguist and University teacher, and an expert on the Greek and Latin languages, became an authority on Linear B. His book “An Introduction to Linear B”, 1981, made the language of Mycenaean Greece available to a whole generation of scholars and students. This work, now also translated in Modern Greek, 1994, made the results of the excavations of Evans and others, as well as the decipherment of Ventris and the subsequent research of Chadwick and a whole generation of scholars, available to all students (archaeologists, epigraphers, linguists and philologists) of the Greek Bronze Age. James Hooker also published widely on Minoan Crete and Mycenaean Greece. Almost 70 of his more than 100 publications were republished in “Scripta Minora“, Selected Essays on Minoan, Mycenaean Homeric and Classical Greek Subjects, A.M.Hakkert Publishing, Amsterdam, 1996. 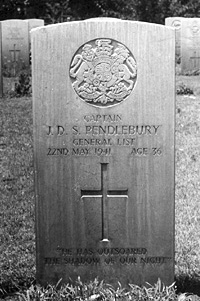